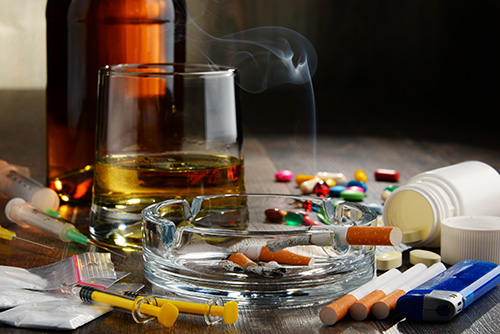 Regain And Restore Your Life From Drugs Unfortunately, there are millions of individuals in the United States who suffer from having a drug abuse addiction. There are many different individuals that range in age, background and race who decide to use and abuse drugs. According to the CDC, reports have found that in the year 2016, there were more than 10.6 of individuals in the U.S. who were over the age of 12 years old and over, who used illicit drugs in the past month. Reports also show that there were approximately 2.3 percent of individuals who were 12 years old and over who used non-medical use of psychotherapeutic drugs in the past month in America. Regardless of the type of a drug that is used, drugs can definitely cause destruction in one’s life. Many people who make the decision to use drugs end up developing a strong addiction to the drug. Many people end up quitting their jobs, ruining their relationships, failing to properly care for their children and even start stealing in order to feed their drug addiction. Drugs have been known to ruin the lives of many individuals in the United States. If you have been looking for a way to improve your life and regain your life, then consider receiving professional assistance for your drug addiction.

According to the NIH, unfortunately, reports show that there were more than 70,200 individuals in America who lost their lives to drug overdoses in the year 2017. This number also reflects the use of illicit drugs and also prescription opioids. Interestingly, reports also show that there has been a significant increase from the number of drug overdose deaths from the year of 1999 to 2017. In the year of 1999, there were approximately more than 16,849 drug overdose deaths. In the year 2017, there were approximately 70,237 deaths from drug overdose. It is also important to be aware of some of the signs and symptoms that you could possibly experience when facing a drug overdose. You could be facing symptoms of problems with your vital signs, sleepiness, confusion, chest pain, shortness of breath, abdominal pain, nausea, vomiting, diarrhea, blood in your bowel movements, and a possible coma. It is no secret that drug overdose can also possibly take your life one day.

Receiving treatment for your drug abuse is critical to the outcome of your life. If you feel that you have been struggling with a drug overdose, you want to make sure that you received professional assistance. Many people are under the impression that they can simply stop their drug addiction cold turkey if they wanted to. However, based on physiological facts it is almost impossible to stop a drug addiction on your own. Take time to conduct a general search online for your nearest drug addiction treatment portland or.